Our study begins with an analysis of the biotope. The climate and geomorphology will be analysed.
Regarding to the climate, we show a climograph made from average temperatures and annual rainfall, which shows all the biomes present in the biosphere. A biome is a region of the planet that shares climatic characteristics, flora and fauna. In Valdilecha the biome corresponds to the "Temperate grassland", with an arid Mediterranean climate and continental influence.
Respect to the geomorphology we represent a relief model of the area, elaborated from the topographic map of the municipality of Valdilecha. The geomorphological study is aimed at proposing biodiversity plans that reduce erosion and increase the fertile soil layer. 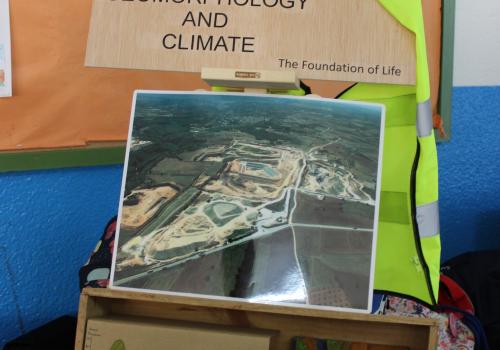